Foreign workers (E-9, H-2 visa holders), extension of the period of stay and employment by one (1) year.

Foreign workers (E-9, H-2 visa holders), extension of the period of stay and employment by one (1) year.

From the 12th (tomorrow), masks must be worn in all indoors regardless of the stage of distancing. 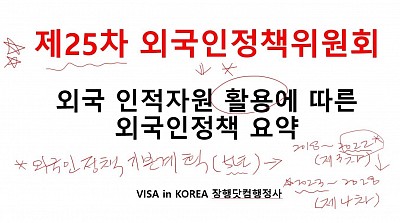 Amid concerns over labor shortages due to the ‘Dead Cross' phenomenon, where the population is declining due to fewer births than the deceased, the Korean government has decided to actively utilize foreign workers.
On the 31st of March, the Korean government deliberated and decided on the '2021 Foreign Policy Implementation Plan' at the 25th Foreign Policy Committee hosted by Prime Minister Jeong Sye-gyun at the Government Complex in Seoul on the 31st of March, today.
At the meeting on this day, the focus was on how to utilize human resources for foreigners.
It is also planning to expand the entry of E-9 visa holding foreign workers to countries with good quarantine conditions, such as Laos and Cambodia.
In addition, it plans to increase the types of jobs that international students (D-2 visa) can find employment in, and double the quota for points based skilled workers visa (E7-4 visa), which is around 2,000 per year by 2025.
In order to solve the situation where 66% of foreigners in Korea are concentrated in the metropolitan areas, a local-specific long-term visa will be introduced.
VISA in KOREA
장행닷컴행정사
1 - 2 - 3 - 4
VISA in KOREA 장행닷컴행정사 ⓒ All Rights Reserved 2020